Engineering and Construction Trailblazer To Speak at College’s Spring Commencement 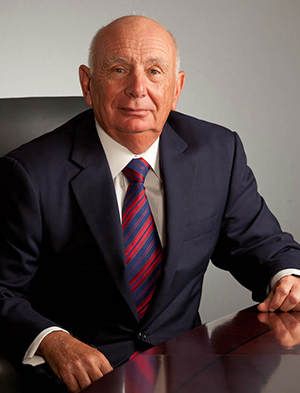 Dominick M. Servedio, P.E., executive chairman of STV Group, Inc., will deliver the keynote address at Manhattan College’s Spring Commencement on Saturday, May 17 at 3 p.m. He will also receive an honorary Doctor of Engineering.

Servedio’s nearly 40-year career with STV, a 100-year-old multidiscipline architectural, engineering, planning and construction management company, began in 1977 when he first served as a project manager. His career with STV advanced, and he eventually became president and chief operating officer, and also chief executive officer and chairman.

With his expertise and supervision in the engineering and construction fields, Servedio has spearheaded STV through the completion of various projects around the country. A few of the projects include the AirTrain at John F. Kennedy International Airport; the award-winning restoration of Grand Central Terminal; an initiative to bring the Long Island Rail Road to Grand Central; and the Moynihan Station redevelopment. Servedio has also played a critical role in the rebuilding of the World Trade Center site.

Servedio received his Master of Business Administration from St. John’s University and his Bachelor of Science in electrical engineering from New York University.

“Manhattan College is widely known as The College that Builds New York for many reasons, including the pervasive presence of our alumni in the engineering and building industries,” said President Brennan O’Donnell. “In welcoming Dominic Servedio as an honorary alumnus, we recognize him as an extraordinary contributor to his profession and thank him as a long-time friend of the College.”

In addition to the Spring Commencement, Manhattan College will host its 172nd undergraduate Commencement on Sunday, May 18, and award bachelor’s degrees to students in some 40 major fields of study from its five schools in arts, business, education and health, engineering and science. Carolyn Y. Woo, Ph.D., president and CEO of Catholic Relief Services (CRS), will deliver the keynote address.

Members of the media who would like to cover either Commencement ceremony should email Liz Connolly Bauman, director of communications at Manhattan College, at public_relations@manhattan.edu.