Gaiutra Bahadur, a frequent writer on the culture and politics of global migration, will discuss her 2013 book. 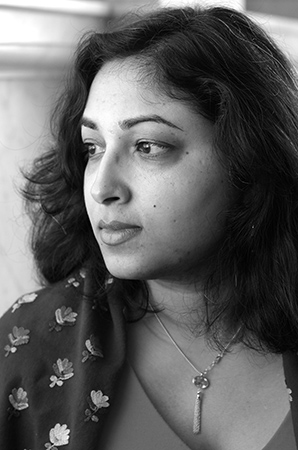 Coolie Woman (University of Chicago Press, 2013) chronicles the story of Bahadur’s great-grandmother and other “coolies,” the British slang for indentured laborers who replaced the emancipated slaves on sugar plantations, from India to the West Indies. Many of these women fled lives of mistreatment to face a tougher life, horrid living conditions, and sexual exploitation. Bahadur’s book captures the survival of these women and offers an exploration of gender and power, peril and opportunity.

The New York Times blog India Ink calls the book “deeply personal yet assiduously researched. From the treacherous sea voyage to the colonial outpost of British Guiana to the sexual privileges conferred on indentured women as the scarcer sex, Ms. Bahadur reconstructs the ‘coolie’ woman’s fate in astonishing detail.”

Bahadur’s reporting, criticism and essays have appeared in The New York Times Book Review, Washington Post Book World, The Nation, The Virginia Quarterly Review, The (London) Observer and Ms., among other publications. She has also told the stories of asylum seekers and immigrants in Philadelphia and its suburbs as a former daily newspaper staff writer, and has reported from Baghdad, Iraqi refugee outposts in Syria and Jordan, and the U.S.-Mexico border.

Born in Guyana and raised in the U.S., Bahadur studied literature at Yale and journalism at Columbia, and was a 2007-2008 Nieman Fellow at Harvard.

The discussion is free and open to the public, and will begin at 4 p.m. in Hayden Hall, room 100.