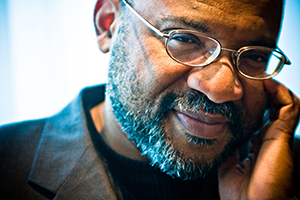 Three acclaimed authors will speak at Manhattan College during the spring semester as a part of the Major Author Reading Series (M.A.R.S.). Poets Kwame Dawes (March 12) and Jane Springer (April 3) and novelist Chris Tusa (April 24) will participate in the series.

Ghanaian-born Jamaican poet Kwame Dawes will commence the M.A.R.S. series on March 12 at 7 p.m. He is the author of 16 award-winning books of poetry, and is also a writer of fiction, nonfiction and plays. Dawes’ most recent poetry collections include Duppy Conqueror published in 2013 and Wheels in 2011.

He also released two novels, Bivouac in 2009 and She’s Gone in 2007, and was the 2008 winner of the Hurston/Wright Legacy Award for Best First Novel. Kwame’s work has appeared in BOMB Magazine, the London Review of Books, Granta, Essence, World Literature Today, and DoubleTake Magazine.

After winning an Emmy in 2009 for LiveHopeLove.com, an interactive site based on his Pulitzer Center project, HOPE: Living and Loving with AIDS in Jamaica, Kwame reported on AIDS in the aftermath of the earthquake in Haiti. His poems, blogs, articles and documentary work were an integral part of the report by the Pulitzer Center on Crisis Reporting that won the National Press Club Joan Friedenberg Award for Online Journalism.

Dawes is also the Glenna Luschei Editor of Prairie Schooner and a Chancellor’s Professor of English at the University of Nebraska.

The series will conclude with Chris Tusa, author of Dirty Little Angels (2009), on Thursday, April 24 at 6:30 p.m. His debut collection of poems, Haunted Bones, was published in 2006.