Engineering industry leaders Paul Yarossi ’73, Michael Horodniceanu, Angel Martinez and Michael Squarzini ’92 gathered in the Scala Academy Room on Oct. 18 for a half-day seminar on Infrastructures in the Metropolitan Area. The event was organized by Manhattan College’s Civil and Environmental Engineering department to bring the problems facing the infrastructures in the New York City area to the attention of engineers, educators and students. Frank Lombardi, former chief engineer of the Port Authority of New York and New Jersey, was the organizer and introduced the speakers and led the discussions.

President of Metropolitan Transportation Authority (MTA) Capital Construction, Horodniceanu, discussed the organization’s current major investments and network expansions, including the East Side Access and 2nd Avenue Subway projects, as well as the 7 train expansion, which will positively impact thousands of commuters. With an operational budget of $13.2 billion and an average weekday ridership of 8.5 million, the MTA is the largest transportation network in North America — employing 65,000 people and serving 15 million people in 5,000 square miles.

Martinez, assistant director of the LaGuardia Airport Redevelopment Program, focused on future infrastructure projects at LaGuardia. The success of the LaGuardia Redevelopment Program, as Martinez explained, will come from changing the dynamic of the owner-contractor relationships by encouraging creativity from the companies involved in building the improvements and giving them long-term contracts to ensure long-term success.

Squarzini, managing principal at Thornton Tomasetti, led a discussion on commercial and residential infrastructure projects. In a post-Hurricane Sandy world, infrastructure resiliency and planning has become ever more important, Squarzini said. Many new projects are including precautionary measures, such as moving equipment from basements, increasing insurance coverage, and installing fixed and inflatable barriers in front of buildings.

Addressing the transportation segment of infrastructure, Yarossi, president of HNTB Holdings Ltd., believes engineers have to start changing the conversation. He sees a bright future for America with the MAP-21 (Moving Ahead for Progress in the 21st Century Act P.L. 112-141) legislation, and although funding is an ever-present issue, he said the solution is to find the right problem and right solution to build more infrastructures.

Yarossi left attendees with some words of encouragement to develop solutions for the future.

“The world is wide open to innovation … the world has opened up for engineers to be engineers again,” he said. 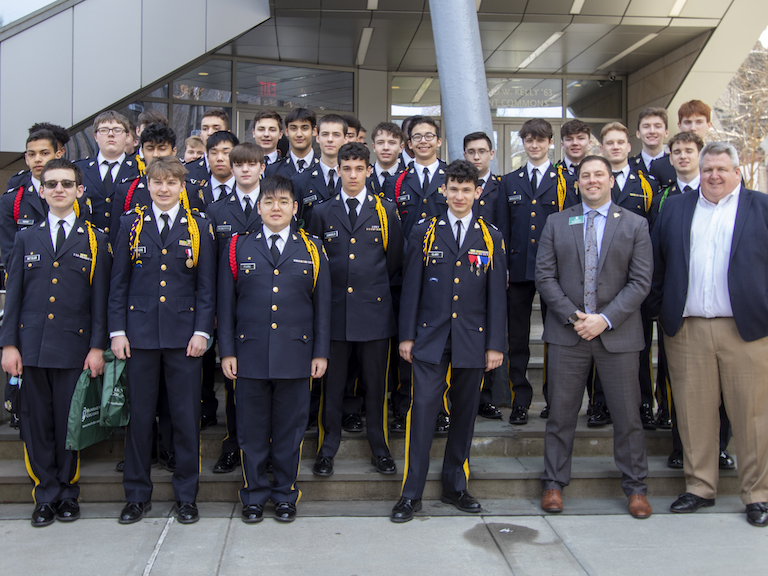