A BOND SHARED ACROSS THE GENERATIONS: ALUMNI CELEBRATE REUNION WEEKEND 2019

They sailed the Hudson, dined al fresco and chatted with a renowned author: Nearly 500 alumni, their families and friends gathered at the Riverdale campus on May 31 through June 2 for Manhattan College’s 150th annual Reunion Weekend.

Returning Jaspers represented more than seven decades, from the “Greatest Generation” of World War II to the millennials of today — and beyond. “They were an extraordinary group, but then, they always are,” observed Louis Calvelli, director of alumni relations. “They spanned so many class years, so many generations and perspectives, but they were all united by an enduring camaraderie, the shared experience of their Manhattan College education.”

This year’s Reunion offered an even wider array of events than previous years. Alumni who chose to stay on campus for the weekend started checking into the residence halls early on Friday, May 31. A “Jasper’s Tavern” in Thomas Hall gave everyone the opportunity to relax with classmates and friends before embarking on the evening’s activities. Alumni also took guided campus tours highlighting the new facilities constructed since their graduation.

Later that evening, the 50th anniversary class of 1969 joined graduates of prior years on a Golden Jaspers cruise around Manhattan. Alumni dined and danced as the Royal Princess plied the Hudson. The class of ’94 celebrated their 25th anniversary at a dinner reception and medal ceremony in the Raymond W. Kelly ’63 Student Commons. Receptions also took place for milestone graduates of 1974, 1979, 1984, 1989, 1999 and 2004, as well as all alumni from 2009 through 2018.

Saturday offered a full slate of educational, festive and recreational activities. Alumni began by limbering up with a morning stretch on Walsh Plaza. The rest of the day included campus tours, an estate planning seminar, a Veterans Reunion Coffee Reception, a Jasper Family Barbecue and wine tasting. As a special highlight, registered guests attended a book signing with bestselling author James Patterson ’69.

Jaspers also enjoyed perennial favorites: the 50th Anniversary Luncheon, where President Brennan O’Donnell, Ph.D., presented members of the class of ’69 with the Brother C. Thomas Jubilarian Medal; and the Reunion Weekend Dinner Dance, with a buffet, dancing and a photo booth outdoors on the Quadrangle and in Smith Auditorium.

The array of activities impressed Francis J. Bradley ’49, a World War II veteran. “I haven’t been back in a while,” he said, “but this was wonderful. I’m looking forward to returning for my 75th anniversary.

For many Jaspers, the 25th anniversary of their graduation from Manhattan is the first important milestone in their alumni experience. “It’s a big one, no question about it,” says Michael (Mike) Van De Loo ’94. “That’s one reason we wanted to do something special as a class.”

They definitely did. Mike joined classmate Paul Scariano ’94 in serving as their reunion committee’s co-chairs. Together, they helped rally their classmates in raising a $100,000 gift in cash and pledges for the College. “It was an honor to do it,” says Mike, who is managing director at Andersen Tax. “Having so many classmates get together for a significant class gift is a testament to the extremely positive impact the College has had on all of us.”

“Twenty-five years is a long time,” says Paul, who is CEO of PJS Group, a construction company based in New Rochelle, New York. “I work and am friends with many Manhattan engineers — and I’m married to an incredible one, Eileen, class of ’95 — but my world includes them now in this time and space. To reconnect with so many amazing people from 25 years ago is pretty awesome.”

Even after a quarter-century, Mike and Paul remain strongly involved with the College. In addition to being generous benefactors, they share their leadership skills and expertise with administrators, faculty and students. Paul, for example, is actively involved with events including the annual Construction Industry Golf Tournament, which helps to support Manhattan’s acclaimed civil engineering program, and the Engineers’ Ball Committee, as well as being a member of the Civil Engineering Advisory Board. Mike contributes his time and insights as a member of the O’Malley School of Business Advisory Board.

“There are so many great things that are happening at the College,” says Mike. “This is the right time to be supportive and involved. You’re literally helping to shape the future.

View the entire list of anniversary donors from the class of 1994.

Class of 1969: A Milestone in More Ways than One

After earning their degrees in a turbulent year of change, members of the class of 1969 took many paths to success. This past spring they returned to Manhattan College to celebrate their 50th anniversary.

In traditional Jasper fashion, they marked the occasion by making an anniversary class gift to the College. Anniversary Chair Patricia (Pat) Ruback-Kehrberger ’69 joined classmates George Lyons and John Loase in presenting the $670,000 gift to President Brennan O’Donnell, Ph.D., during Reunion Weekend. “Our class gift represents a tremendous statement of faith in the College — and an investment in its future," Pat says. "When we were students, we benefited from the generosity of Jaspers who preceded us. Now it’s our turn to provide the same kind of experience for those who follow."

For Pat, her 50th anniversary is a milestone in more than one way. The occasion commemorates her graduation as the first woman to earn a degree at the College. When Pat entered the School of Engineering in 1965, Manhattan was still a men’s school. In fact, it did not become fully coeducational until 1974. “I’ve heard people call me a ‘trailblazer,’” she says. “If I am, it’s only because Manhattan allowed me to be one.”

As a student at John S. Burke Catholic High School in Goshen, New York, Pat decided to become an engineer. Some male relatives scoffed at the idea. Her father passed away when she was eight, but Pat found encouragement from her mother, who raised four children alone.

Though Cornell and Catholic University accepted Pat, her high school principal, Sister Mary Stanislaus, made a special call to Manhattan. Sr. Mary asked Brother Stephen Sullivan, FSC, the College’s president, to accept the young woman’s application. "I was welcomed with open arms," Pat says. "Everyone at Manhattan was invested in students’ success — including my own."

After earning her master’s degree at the University of Michigan, Pat went to work at HydroScience, which had a strong connection to the College. It was there that she met her husband, George J. Kehrberger, Ph.D. ’62, ’63. Today, they have four daughters — Elizabeth, Kimberly, Jeanne and Katherine. In addition to her work with the class of ’69, Pat and George are dedicated supporters of the College. "Manhattan is part of my DNA," says Pat. "I still feel like I’m bursting with pride to say I’m a graduate."

View the entire list of anniversary donors from the class of 1969.

Save the date for the 151st Reunion Weekend, which will be held June 5 - 7. Visit manhattan.edu/reunion for ongoing updates.

Read about selected donors and why they choose to support Manhattan College. 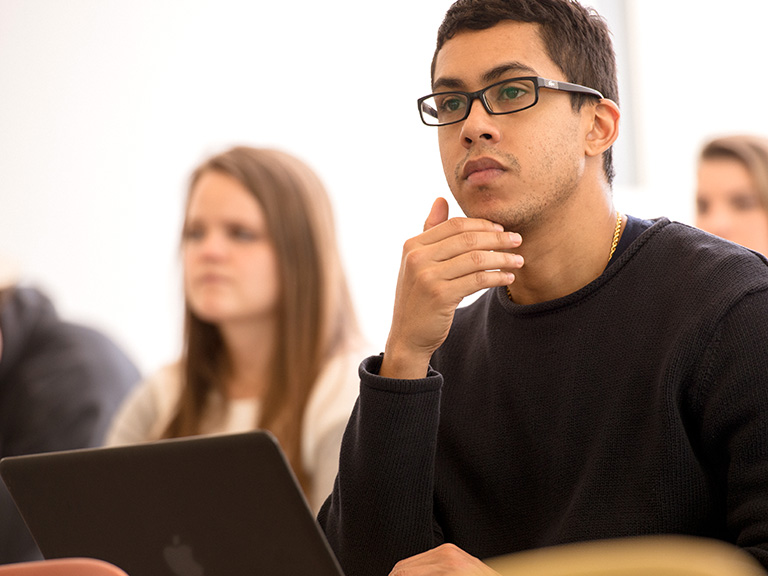 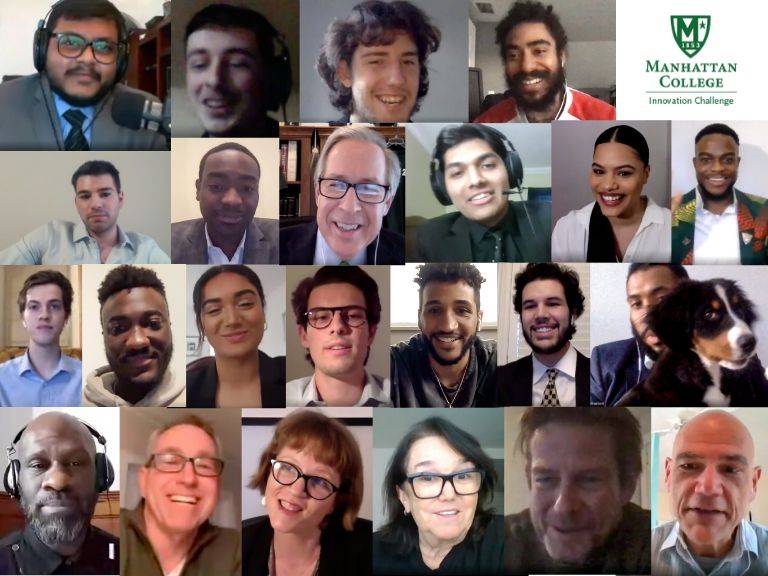