History of Baseball at Manhattan College 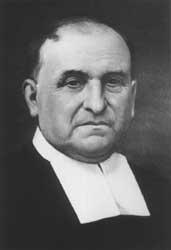 Manhattan College features one of the oldest baseball programs in the nation.  Brother Jasper, the College’s Prefect of Discipline, brought the new but fast-growing, American sport of baseball to Manhattan College in 1863, and served as the team’s first coach. Moreover, Brother Jasper also featured in the establishment of a time-honored, baseball tradition called “The Seventh Inning Stretch.”

Noticing the Manhattan College student fans were becoming restless during the seventh inning of one particularly hot and humid day in 1882 when the College was playing a semi-pro team, Brother Jasper called timeout. He then instructed that the students to stand up and stretch for a few moments until the game resumed.  That practice and custom eventually spread to Major League Baseball.

Brother Jasper’s baseball team was the College’s first athletic team. At a time when club and collegiate teams were exceptionally strong, the Jaspers boasted an outstanding lineup that regularly competed against professional clubs and semi-pro teams. The College’s athletic teams continue to be known as the Jaspers in his honor.

Many of the College’s baseball players went onto professional baseball careers including Luis Castro, a Jasper alumnus who in 1902 became the first Latin American-born player to play Major League Baseball in the US.

In 1923, Manhattan College moved from upper Manhattan to its new Riverdale campus directly across from Van Cortlandt Park where Jasper baseball played many of its home games. But by the late Seventies, the park itself was falling into disrepair; the baseball diamond was deemed unplayable forcing the Jaspers to seek alternate home fields. Most recently, the team was required to travel 65 miles each way to play “home” games in East Fishkill up in Dutchess County.

Your gift will have a lasting impact on Jasper baseball, the local community and the legacy of Joe Coppo ‘75.